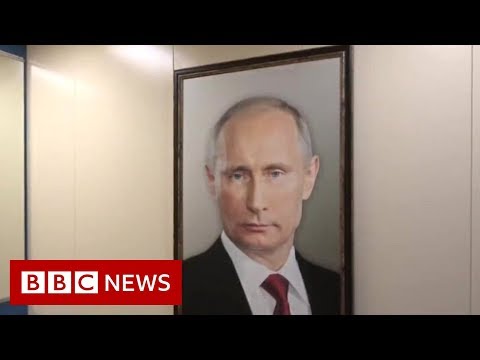 He also attached a camera to the ceiling to film residents’ reactions.

The video of a selection of these reactions has gone viral on Russian social media.

Some have suggested the video was staged. BBC Russian spoke to Bashir Dokhov and asked him if he had indeed used actors during the filming and whether the reactions of the lift passengers surprised him.