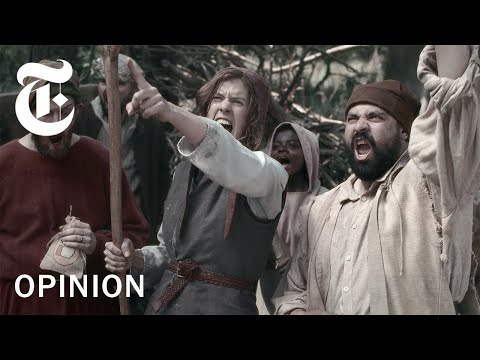 In the satirical Video Op-Ed above, cancel culture is reimagined with the help of a medieval mob. Pray thee, the video begs, is there any room left for transgression?

These days, it seems like everyone’s being canceled — from celebrities like Louis C.K. and Kanye West to ordinary high-schoolers. Some cancellations are temporary (we’re looking at you, Aziz Ansari). Some seem permanent (has anyone even seen R. Kelly?). But all are very public. And rarely is an apology good enough. Even more rare: redemption.

Last month, former President Barack Obama urged young people to leave cancel culture behind. “This idea of purity and you’re never compromised and you’re always politically ‘woke’ and all that stuff” he said, “you should get over that quickly.”

A mob quickly rose to the defense of cancel culture, sprinkled with a bit of “O.K. Boomer” judgment. For a brief moment, we wondered: Could even President Obama be canceled?