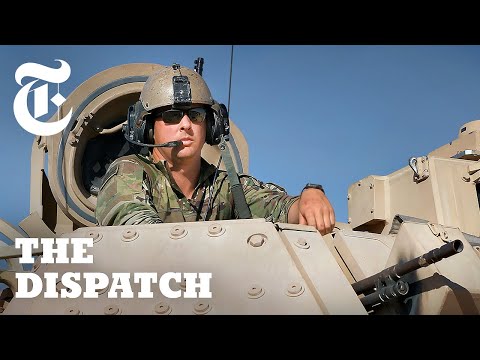 Trump Says ISIS Was Defeated in Syria. So Why Is the U.S. Still Fighting? | The Dispatch Trump Says ISIS Was Defeated in Syria. So Why Is the U.S. Still Fighting? | The DispatchThese Bradley Fighting Vehicles just arrived in Syria. The National Guard show them off to his. During a visit to America is here good, the Bradleys combat power. That’S what the Bradley brings to the fight when she says one thing: we’re keeping the oil. We have the oil, the oil is secure. We left to troops behind only for the oil while the military says another mission to secure the oil. The mission is the defeat of Isis. What we saw on the ground clarifies some of the confusion. The military is scrambling to save a mission that Trump is thrown into chaos in early October, Trump announced an end to us presence in northeastern Syria, no soldiers whatsoever so that abandoned bases and outposts and began to influence which led Russian and Syrian government forces sweep in To fill the vacuum, but as the US was pulling out of military leaders, convinced did some troops had to say they said they needed to stop a precious resource oil from falling into the wrong hands plan worked. But when we visited the oil seeing like a priority, big strategic deterrence against Isis, the american-led Coalition made a point of praising Kurdish forces in front of the cameras will never forget the sacrifice made by the strong, proud, Brave SDF Warriors throughout Syria and more broadly signal That the US still has a foothold. Clearly, the president’s message for getting out of the Endless Wars still continues will be in basis from there azure taking me straight to Derek in all throughout that expensive area military and retreat, displaying its beefed-up Arsenal against Last month, President Trump announced he was pulling troops from northeast Syria. Our Dispatch team made a rare visit to two American bases in eastern Syria, where military leaders are straining to interpret Trump’s message on the ground.