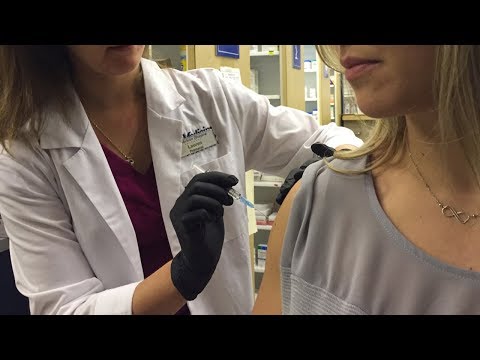 Flu shot no longer mandatory for B.C. nurses Flu shot no longer mandatory for B.C. nursesWhat’S the difference in BC are no longer required to get the flu vaccine areas after a new agreement was reached with the employers Association of DC this week. So the nurse will make a decision based on the evidence presented to her during flu season out whether the flu vaccine is the right choice for him or her, but back in 2014 there was no such wiggle room if a healthcare worker refuse to get a flu Shot had to wear a mask or face disciplinary measures. Nurse has argued it confused. Patients made it difficult for some to hear what was being said, but the province stood firm, calling it a matter of life and death about 500 people every year that died from the flu. This is not something to you know, shrug about. This is something we need to take positive action. We know that influence Steamworks, it’s it protects us and it protects our patients. We know that masks. Work as well got the flu vaccine, while 76 % of healthcare workers in acute care that includes hospitals are immunized, that we raise levels of immunisation by not being punitive but by working together to raise those levels. And I think that’s what we’re doing very well. Educated professionals, they are able to evidence and make decisions on evidence. The agreement does require the health authority to track those healthcare workers who continued to refuse a flu shot and, in the case of an extreme flu outbreak, the influenza prevention policy, including masks, stated temporarily The flu shot is no longer mandatory for B.C. nurses. According to a statement from the union, a new agreement was reached with the Health Employers Association of B.C., that “[ensures] the professional judgement of nurses is respected.” Nurses will still be required to report to their employer if they’ve had a flu shot or not.
More on this story: https://www.cbc.ca/1.5384902