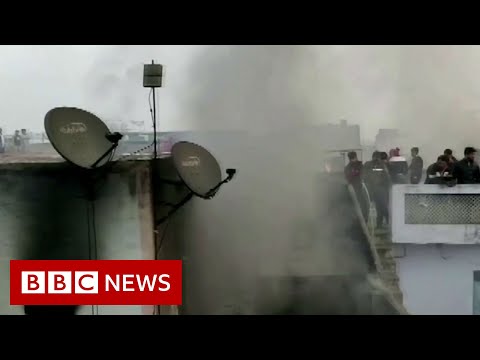 The blaze broke out at the four-storey building in the city’s congested old quarter early on Sunday morning.

At least 100 people were sleeping inside the factory, which mainly makes school bags, when the fire started. More than 60 have been rescued.