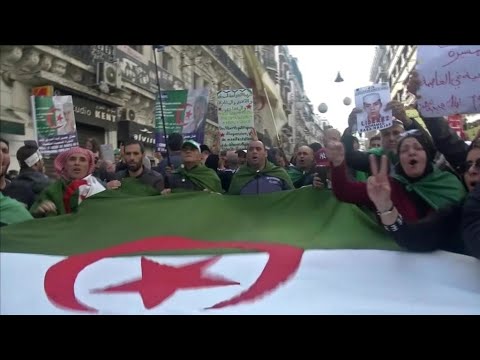 Algerians mark one year of protests with fresh demonstrations Algerians mark one year of protests with fresh demonstrationsFor the 52nd consecutive week, thousands of Algerians have taken to the streets to call for a complete overhaul of the ruling elite. It’s been a year since the protest movement began. Also, the commission looking into the bloody attack on protesters in Sudan last year has finished gathering evidence from witnesses. More than a hundred people were killed when security forces opened fire on a sit-in in Khartoum last June. And the seventh edition of the Kinshasa Book Festival kicks off this Friday, but access to books remains difficult in the Democratic Republic of Congo.